As an old school gamer, I always been building my own gaming rigs. It’s like a lego for grown ups or a form of art in some way. Hope this experience will help You..or will make your day – here will be some serious fails.

Gamers usualy like to build a system, and it should work in one go. To get it done You’ll need to know some tips. All thanks to ASRock specialist Peter F., who knows everything about building.

Take a cardboard, or something similar. Put a motherboard on it and start solving the puzzle.
Tip Nr. 1:
Always test a board with CPU and 1 memory module on top of the cardboard box, before you build it into the chassis, only use a graphics card when there is no onboard graphics.

When this works, add the rest of the memory, and if needed update the BIOS, preferably via Instant Flash on a FAT formatted USB stick, or via internet flash. BIOS upgrades can best be done using the minimal configuration and default BIOS settings.

Once you know the board is working fine, you can mount it in the chassis.
Most people make the mistake, to put everything in the chassis and then test, but it’s always best to know possible issues up front.
You would be surprised how common mistake is to buy incompatible parts:
People should look at the motherboard’s CPU support list before buying a CPU.

Many people claiming that the board is defective, because the onboard graphics doesn’t work, but for instance most Ryzen CPU’s do not have built in graphics. Duh…

Tip NR.2:
Intel does not have this issue, although they will launch F CPU’s like the 9900KF, and these don’t have onboard graphics like the 9900K. Funny thing is that the F CPU is €100 more expensive, so you get less and pay more. So You can guess why that “F” stands for..

At the moment All In One (AIO) watercooling is getting more and more, the standard. But there is an important detail, that people should know about CPU coolers. You should NOT screw them too tight.

Intel specified the maximum pressure that a cooler may apply onto the CPU/Socket, but most aftermarket coolers apply way too much pressure, which causes the CPU and socket to bent. “Oh, no room for Bender, huh?”

If CPU looks that way, You wonder how does socket look? Here:

Please do not over tighten the CPU cooler. When the cooler is parallel to the surface of the CPU and if turning screws using fingers cannot move around anymore – the pressure is basically enough. Over tightening can cause damage to the socket, this is a basic rule.

Also apply just one drop of 3mm thermal paste in the middle of the CPU that is it.

So if You have followed the MB instructions, read these tips – Your PC build should load, boot and post. If not – You’re having a really bad day!

Hope that was fun and educational to read! See You soon! 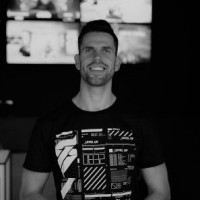